Whether you’re a seasonal purist who waits till after Thanksgiving to start about Christmas decorating or a Christmas obsessive who starts planning their display in September, one thing is certain: you’re going to need Christmas lights, and probably a lot of them.

But, with shops putting pressure on you to convert to LED lights, how can you know whether it’s the best option for you and your Christmas tree? Continue reading as we dispel misconceptions and lay out the facts concerning LED vs. incandescent Christmas lights.

LED Christmas lights provide light by using light-emitting diodes rather than filaments. LED lights are thus more efficient, robust, and long-lasting than fluorescent incandescent lights. They don’t burn out like conventional bulbs, and they don’t become hot to the touch, making them safer. LED lights aren’t only utilized during the holidays. Throughout the year, they may be found in other bulbs for various home needs. LED bulbs are now accepted in the majority of typical light fixtures like lamps, ceiling lights, and track lighting.

Incandescent bulbs generate heat, which causes the inner filament to shine, but LED lights feature inner conductors that provide light without producing heat. In reality, incandescent technology is fundamentally engineered to self-destruct as the core filament burns and burns until it blows out. LED lights do not have this issue and are rated to last thousands of hours as opposed to hundreds of hours for incandescent lights.

Any competent holiday designer understands the significance of color payoff when it comes to their lights. Nothing is more frustrating than methodically hanging light string after light string on your house or tree, anticipating a spectacular display of light and color, only to plug it in and be disappointed with faint hues and low light output. LED light strings were formerly thought to be inferior to incandescent light strings due to their weaker light output, but technological developments have rendered the two practically identical in terms of brightness. However, when it comes to color payoff, LED is the obvious victor. Because of the tinted glass that covers the bulb, incandescent lights look multicolored, whereas LED strings truly emit multiple hues of light. When everything is said and done, this results in a far more dramatic, accurate color payoff on your tree or residence.

Incandescent lights use a lot of energy and are quite inefficient. They only convert around one-twentieth of the energy they use into visible light. The overwhelming bulk (about 90%) of the energy is wasted as heat. All of this adds up to money.

LEDs, on the other hand, are a different matter. Do Led Christmas Lights Last Longer Than Incandescent? Yes, they consume up to 75% less energy and last 25 times as long, according to the US Department of Energy.

They also don’t need a lot of upkeep. You don’t have to worry about changing bulbs and fuses since LED bulbs don’t burn out; they only grow dimmer over time. Simply put them in and they will light up year after year. Furthermore, home improvement retailers sometimes have trade-in programs where you may exchange your old Christmas lights for a few dollars off new, energy-efficient ones.

Incandescent bulbs seem so beautiful because they produce all hues of light, but LEDs and other more efficient light sources only manage a subset of all visible light colors.

However, LED lights are becoming better; first-generation LED Christmas lights couldn’t compete with the pure white light of incandescent Christmas lights. The light was considerably bluer, which was naturally off-putting to many individuals. LED Christmas lights, on the other hand, are now available in both varieties. Choose cold white bulbs for a bluer tone, or warm white lights for a more golden tone.

LED light bulbs are substantially brighter than incandescent, although high wattage LED bulbs are not available. Despite having more lamps, you are still consuming 80% less power. Incandescent lights use around five times the amount of electricity to generate the same amount of light as LED bulbs.

Because incandescent lights use heat in order to produce light, it is natural for the bulbs to get warm. Hot bulbs all over your Christmas tree, a well-known source of intrigue and fun for children and dogs, may result in burnt fingers or paws, as well as a lifelong suspicion of all things Christmas. Because LED lights do not generate heat in order to produce light, they remain cold to the touch no matter how long they are kept on. This distinction is particularly significant if you often use string lights with ribbon, garlands, or other combustible decorative objects, since the heat produced by incandescent lights might start a fire inside your house.

To Summarize, the Advantages of LED Christmas lights are as Follows:

They are long-lasting and safe to touch.

They are energy-efficient and will help you save money on your utility bill.

They are available in a wide range of designs, colors, and sizes.

When compared to conventional bulbs, LED lights often have a greater initial cost. However, that expense will be mitigated in the long run by reduced energy costs and the fact that they won’t need to be changed as often. Take a trip to the shop to see the technology for yourself and see whether LEDs are suited for you. Most businesses offer exhibits where you can test out the bulbs, and some may even have full trees or displays decked up in them.

How to Tell the Difference Between LED and Incandescent Christmas Lights 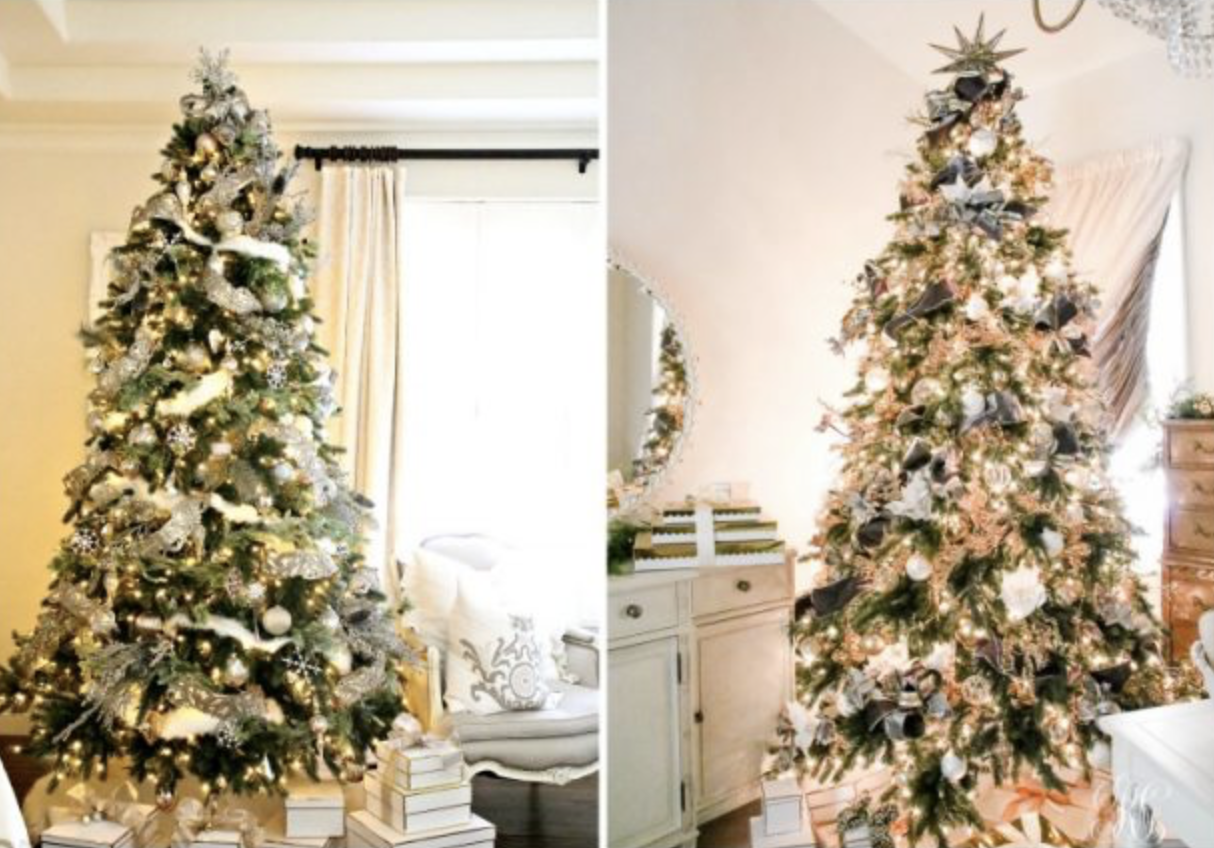 Any bulb bigger than your little fingertip is an incandescent bulb, as a rule of thumb. Smaller bulbs, on the other hand, may be the modern LED lights. Here’s an easy method to identify which one is which.

Connect your Christmas light string. You should be sure to plug them into an inside outlet for this test since you don’t want outside elements like temperature to alter the conclusion.

Place your thumb on top of a bulb. It’s an incandescent bulb if it’s practically hot to the touch. It will be an LED light if it is nearly cold or slightly warm to the touch. Once you’ve determined what kind of lights you have, you can continue with your Christmas decorations while ensuring that all of your new bulbs are the correct sort.

Note: While there is no need to be concerned about burns from little Christmas lights, it is best not to do so in front of little children, who may not be able to differentiate between tiny Christmas bulbs and any other sort of lightbulb.

Can You Mix Incandescent And Led Christmas Lights

How to Install Smart LED Bulb The Magic About Task Lighting